$90,000 funding from Federal Government for solar infrastructure in Healesville now in progress! 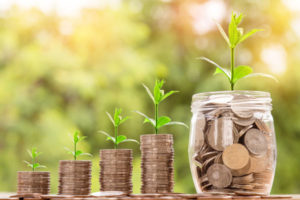 Those of you who read our newsletter regularly will know that in May, just prior to the last Federal Election, our local MP for Casey, Tony Smith MHR, pledged Healesville CoRE $90,000 for three local solar energy projects. We copped some flack at the time from members of the community who disagreed with us being open to funding from the Federal Government. However, Healesville CoRE also spoke to the Labour candidate about our financial needs, so we did not favour one party. The President, with the unanimous support of the Central Committee, made it clear to those who protested to us that we are not politically aligned and will work with whichever party is in power, as we represent all people in our community, regardless of their political affiliations. We did lose some financial members over this issue, unfortunately, but we stuck to our guns and three community groups will, hopefully, benefit from this funding.

After discussions over an extended period of time the process of accessing the funding is now in train and Healesville CoRE is working on the projects, preparing documentation about each project to present to Council, so a formal funding application can be made to Canberra in early December 2019. The projects will be assessed by the relevant Minister and we are hopeful that the funds will be made available early to mid-2020. We are very pleased that this funding program is now in process and we look forward to announcing the funding next year and we also look forward to getting solar panels on the roof tops of the community groups involved.

Your ticket for the: $90,000 funding from Federal Government for solar infrastructure in Healesville now in progress!

$90,000 funding from Federal Government for solar infrastructure in Healesville now in progress!