Hub to ‘power up’ with official launch

The Yarra Valley Community Power Hub will flick the switch on a new era for renewable energy in the Greater Yarra Valley and Ranges, with its official launch on 28 August marking a major milestone for the program.

Formed after receiving $428,500 in funds from the Victorian Government, the Power Hub brings together seven local community energy groups which are committed to driving renewable energy projects in their communities. Their goal is to reduce the region’s carbon footprint, while promoting a movement away from centralised energy and towards locally sourced, sustainable energy.

If successful, the outcome will be a more self-reliant, empowered region that is less exposed to the impacts of climate change.

Mayor of Yarra Ranges, Councillor Fiona McAllister, will lead proceedings, which will take place online from 9.30am to 11.30am. Interested community members are encouraged to join in. To register, visit (https://bit.ly/3z08i0h).

The Yarra Valley Community Power Hub will be one of seven to launch throughout the State, thanks to Victorian Government funding of $3.73 million through Sustainability Victoria. The not-for-profit Hubs have been entrusted to work within their regions to deliver community-based renewable energy projects.

There will be five regionally based and two metropolitan Melbourne-based Hubs. These include the regions of Hume, Grampians, Loddon Mallee, Barwon South West and Gippsland. The Yarra Valley Community Power Hub will be the first to launch officially.

President of Healesville CoRE, Jeff Barlow, has taken on the role of Executive Officer of the Yarra Valley Community Power Hub. He will also be a guest speaker at the launch, together with industry partner, Komo Energy.

Four staff members have been employed for the Hub, who will support community energy groups in their work, such as bulk-buying solar panels and running information events.

“We are at the beginning of an energy revolution in Australia. We are moving away from centralised delivery of fossil fuel-derived electricity and moving towards more sustainable, locally produced, locally stored and locally distributed energy,” Mr Barlow said.

“This will create a feeling of empowerment for the community, which can reduce its carbon footprint, its energy costs, while creating new jobs and keeping more money within the community.

“The official launch is an exciting time for everyone who has worked so hard on the Hub’s formation. Through their dedication, and with the support of the Yarra Valley communities, we can assist local groups and volunteers to deliver exciting energy projects well into the future.” 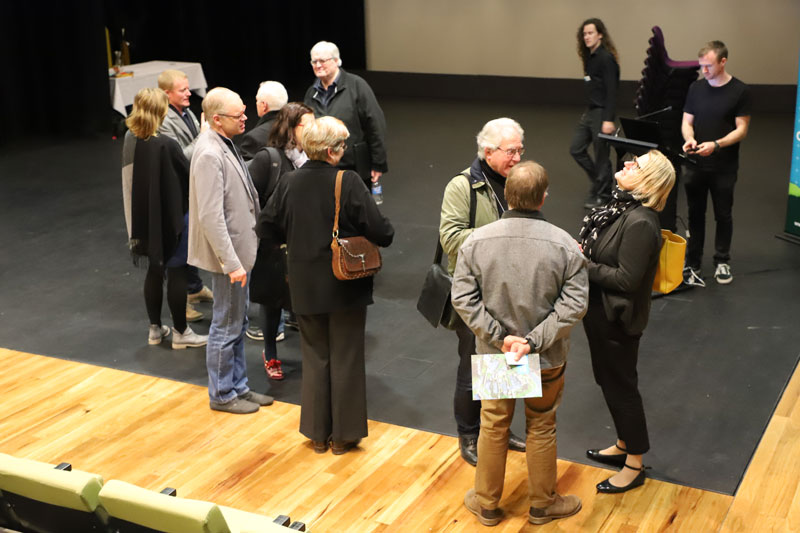 You are all invited to attend our 2021 Annual General Meeting

The Central Committee of Healesville CoRE is pleased to advise our financial members and the general public that the 2021 Annual General Meeting will be held on Thursday 2 September from 7:30 pm via an oline Zoom meeting due to Covid 19 restrictions 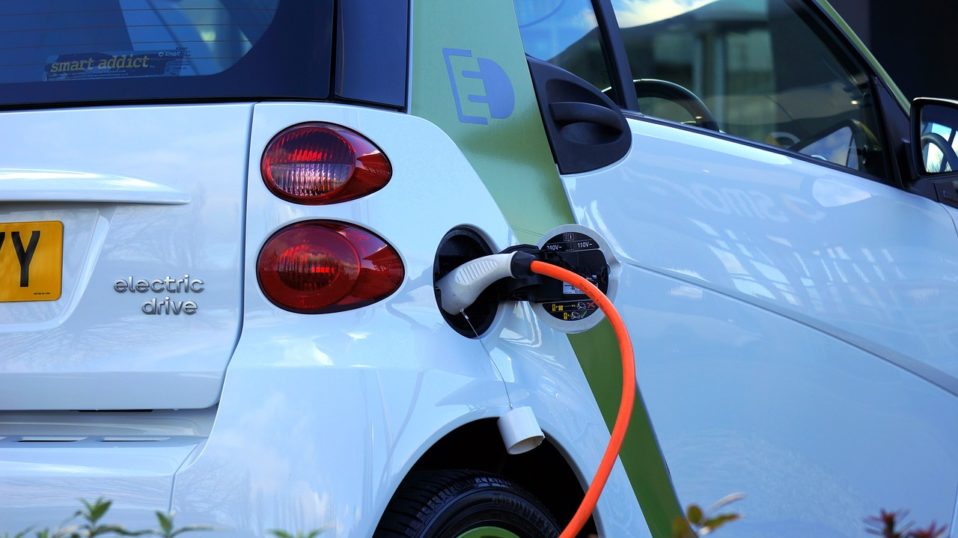 UPCOMING EVENT: POSTPONED DUE TO LOCKDOWN #6
Electric Vehicles and other Energy Efficient Modes of Transport

Come and experience a close encounter with some of Australia’s best EV’s (electric vehicles) and hear from their owners on how they made the switch! 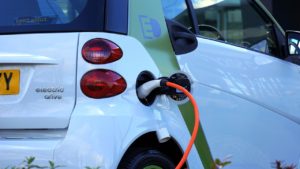 Healesville CoRE is very excited to announce it has been successful in obtaining $428,500 grant funding from Sustainability Victoria to establish and develop a Community Power Hub for the Greater Yarra Valley and Ranges area.

The announcement was made by the Minister for Energy, Environment and Climate Change, Lily D’Ambrosio, on Thursday 8 July, 2021. See the announcement HERE!

The Victorian Government has allocated $3.73 million to seven not-for-profit and non-government organisations to work with their regions to develop community renewable energy projects. Sustainability Victoria will support the establishment of Community Power Hubs across Victoria including two in metropolitan Melbourne and one each in the regions of Hume, Grampians, Loddon Mallee, Barwon South West and Gippsland regions.

The President of Healesville CoRE, Mr Jeff Barlow, who will become the new Executive Officer for the YV-CPHub, was very excited about this development for the small but very effective community group he leads: “We have worked very hard over the past 4 years, putting in thousands of hours of voluntary work into developing awareness of renewable energy, and running renewable energy projects with our community, and we are thrilled to now be able to collaborate with 7 other community groups to initiate, develop and deploy renewable energy projects across the Greater Yarra Valley and Ranges area.”

“Together with our industry partner, Komo Energy, who will provide technical, professional and legal support, we are now well situated to develop a collaborative partnership with the other community energy groups to develop a range of small to medium renewable energy projects”, said Mr Barlow.

Mr Barlow added, “This is an incredibly important initiative by the Victorian Government. The program, funded through Sustainability Victoria, will have a positive impact on our community, with the potential to support local businesses, create local employment and develop greater community support for renewable energy and other clean energy initiatives. The awarding of this grant now creates the opportunity for an exponential increase in community renewable energy in the region!”

Since the inception of Healesville CoRE there has been strong collaboration with the Yarra Ranges Council through their grants’ program and the Sustainability Team. The Mayor of Yarra Ranges Council, Cr Fiona McAllister sees this grant as a very positive development: “I am thrilled that Healesville CoRE will be leading a new Community Power Hub in the region, and will be working with other community renewable energy groups in Yarra Ranges and neighbouring municipalities,” Cr McAllister said.

“Healesville CoRE was formed only a few short years ago and with support from Council has gone from strength to strength – this is community action at its best”.

“Our Greater Yarra Valley & Ranges Community Power Hub will be one of the most important platforms for communities in our region to move towards a renewable energy system. Working at the grass roots level to empower our local communities with the knowledge and the support they need, is crucial if we are to make the transition to a low carbon, clean energy future,” Mr Barlow said. 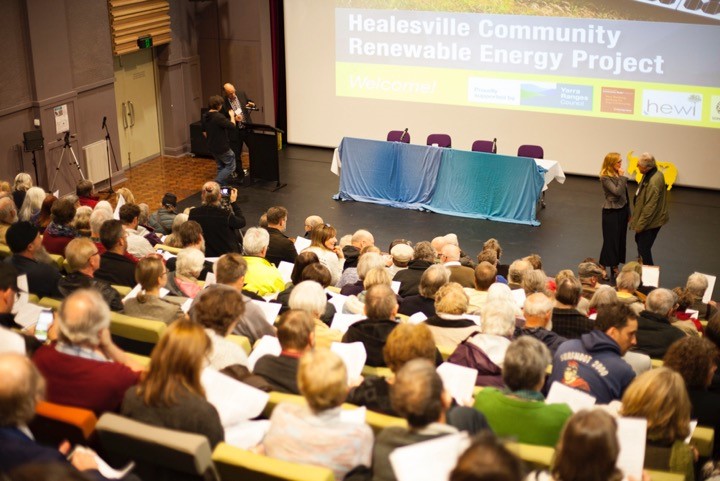 Download our new Program of Free Community Events for 2021 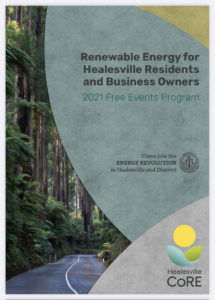 Throughout 2021, Healesville CoRE will be holding its 4th series of free community events.

Please note that this program is subject to change due to Covid-19 restrictions. We are committed to run our events as face to face meetings in line with health guidance.

Please stay tuned for email updates and check each event on our website HERE for further information.

Subscibe to our mailing list HERE and get event reminders and newsletters sent directly to your inbox.

Healesville CoRE is committed to reducing our community’s reliance on fossil fuel generated power whilst simultaneously saving our community members money on their energy costs.

FREE LIGHT REFRESHMENTS will be available at each event (if held at a venue rather than online).

Online registration is free, and will open 3 weeks prior to the date of each event on our event page on our website. 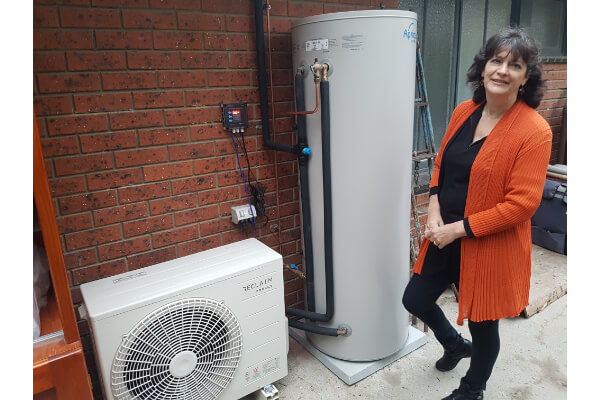 Hear from locals who have saved $$$ with their heat pump hot water system! 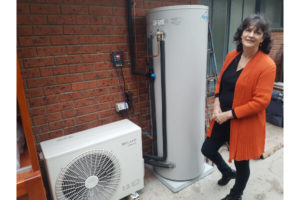 In August 2019 Healesville CoRE members Karen and Ron Roberts decided to take advantage of the Solar Hot Water & Heat Pump offer by purchasing an Apricus CO2 Heat Pump from Reclaim Energy. They already had a 3.5kw solar system with 14 panels installed a few years earlier, and although this certainly reduced their power bill, they knew their old electric water unit was chewing through the kilowatts and needed replacing.

The graph below tells the story, look at the July total compared to the August one! As you can see, the peak usage remains fairly constant, but the off peak usage drops dramatically and then remains quite low. They believe this is because the old unit used to heat up during the off peak portion. The new one only heats up once a day for 2 hours from 10am till 12 noon which will be changed in the winter to maximize the suns effect on the solar panels. 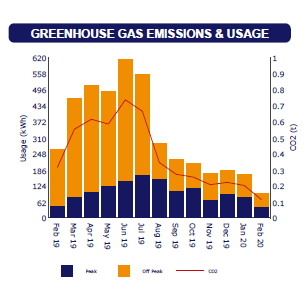 Karen and Ron are with Tango and their feed in tariff rate was 11.3c until June, and 12c from July until now. Their power bill averaged at $103.45 per month from March to August 2019, then after the heat pump installation dropped to an average of $43.20 per month from September 2019 to February 2020. These figures may have to be adjusted slightly because we need to take into consideration the days were longer and warmer after the heat pump was installed, but they calculate that they will still be saving about $700 a year ($7,000 over 10 years), which means that the heat pump will pay for itself after about three years. Not a bad investment!

Healesville CoRE are continuing their Hot Water Community Offer in 2021!

Come to our next event called ‘Switching to Solar’ on the 1st of March 2021 to learn more!!!

Healesville Net Zero Town Project – 2018’
The ambition of Healesville CoRE is to transition our town to net zero emissions and create greater energy independence for Healesville. The broader objective is for the community to feel empowered to have more control and ownership over the production, distribution and storage of the town’s renewable energy

What was the Healesville Net Zero Town Project & Why Was it Created?
In 2017, Healesville CoRE partnered with Monash University’s Net Zero Initiative and the Yarra Ranges Council to apply for a New Energy Jobs Fund Grant from the Victorian Government, to create a feasibility study and transition plan for Healesville to become a Net Zero Town. Although our team was shortlisted and went to interview for the grant, our application was ultimately not successful.

Luke Barry and Nick Seymour, both Monash University Environmental Engineering students, were selected to do the research and provide a report. Their work commenced in March 2018 and was completed in June 2018, with a written report and a presentation on 21st June 2018, at the Healesville CoRE first anniversary community gathering at the Memo in Healesville: ‘Our Solar town: from dreams to reality”.

Why was Monash Motivated to Establish this Program?
According to Dr Yasmina Dkhissi, “Monash Uni through its Net Zero Initiative is committed to Climate Action, Leadership and Partnerships. Monash Uni is transforming its own infrastructure and assets to transition to net zero emissions by 2030 and building an innovative,100% renewable powered Microgrid on its Clayton campus.

Monash is committed to creating a positive impact beyond the campus boundaries and helping community organisations embarking on similar journeys.

Monash sees Healesville Net Zero town as the perfect opportunity to promote collaborative and innovative approaches to solving today’s great sustainability challenges. It allows Monash students to apply and further their skills and knowledge on an interdisciplinary ‘real-word’ challenge being driven by a local community group, supported to find practical solutions that will benefit the region and beyond. If this project could help enable collaborations with local industry partners, we strongly believe that this would constitute one great step towards achieving Healesville CoRE’s vision.”

Healesville CoRE was excited to work with such a professional team willing to support a group of community volunteers in achieving our big ambition of a Net Zero Town by 2027. The final report provided by Nick Seymour and Luke Barry provides us with a secure foundation and a direction for our project.

Your ticket for the: Healesville Net Zero Town Project