Is a significant solar farm getting closer for Healesville on our old tip site? 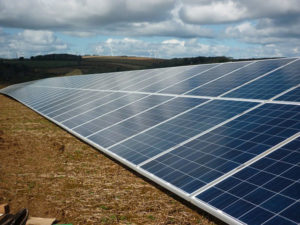 Many in our community were very upset at losing our community tip and having to drive to Coldstream to dump our household rubbish. But Council has now sponsored a feasibility study into the possibility of making constructive use of the old tip site by building a solar farm on it. A company called Enhar won the feasibility study contract and together with Australian Energy Foundation (formerly Moreland Energy) they have now completed their study and have submitted their recommendations to Council. They have identified a number of sites around the Yarra Valley and Healesville is right up there as a possibility.

Prior to completing the feasibility study, a Stakeholder Meeting was held at the Council offices in Lilydale in September, with a widely representative group of stakeholders, including two from Healesville CoRE – Simon Prunster and Jeff Barlow.

Enhar and the Australian Energy Foundation presented the results of their study, including input from a range of community groups, including Healesville CoRE. Feedback on their report and other input from the stakeholders was invited with some of the issues raised to be included in the final report. There is the possibility of a small solar farm or a larger solar farm, depending on a range of technical and financial issues which were explained to the meeting.

We understand Council will make a decision some time in December and Healesville CoRE hopes Council will decide in favour of a large solar farm on the Healesville site! Energy production from the site could be used for council buildings, street lights and / or for the community and other purposes. Watch this space!!

Your ticket for the: Is a significant solar farm getting closer for Healesville on our old tip site?

Is a significant solar farm getting closer for Healesville on our old tip site?